Afschrift continues to showcase the value of its tax optimisation expertise 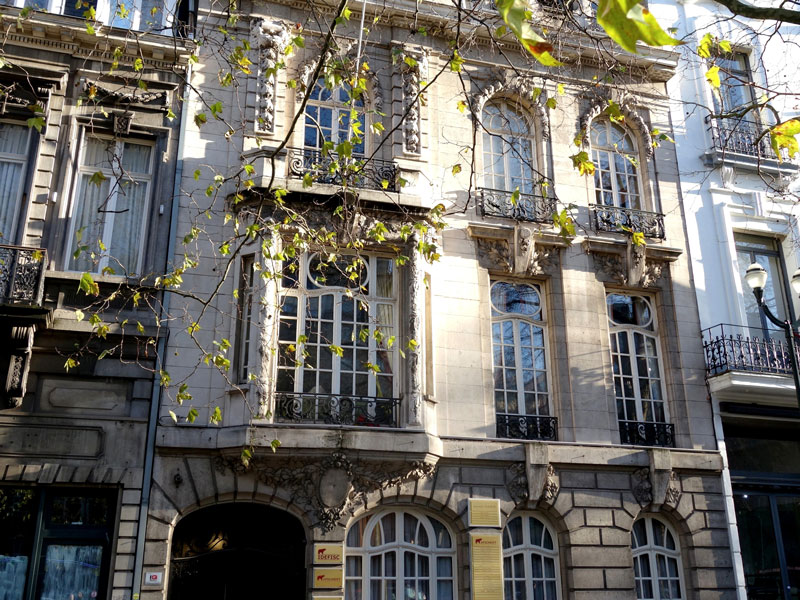 Everybody must respect the law. This also applies to tax lawyers – perhaps even more so than for other citizens. Likewise, states must respect the law as well – for instance, by admitting that taxes are only due when the law stipulates that they are.

As such, tax lawyers have a double mission: on the one hand, to help their clients respect the law, especially as legislation is exceedingly complex. On the other, tax lawyers must also find law-compliant solutions in order to enable their clients to pay fewer taxes, but without breaking the law. Even when limited to just one country, systems of taxation are complicated and difficult to navigate. When multiple countries and the spread of misinformation are factored in, it can be truly overwhelming.

Therefore, it is hardly surprising that businesses and individuals often turn to professional tax advisors to make sense of the complex systems they are faced with.

Staying on the right side of the law is essential, which is why choosing the right tax advisor or legal representative is so important

The media’s reaction to the release of the Paradise Papers in November 2017 demonstrated that taxation is clearly an emotive issue, but not one that is always properly understood. There are, for instance, various methods of reducing tax bills that are completely legal, whether they concern offshore businesses or not. Tax optimisation is not something that should be condemned – it is simply one aspect of prudent fiscal management, no different from an individual making the most of their tax-deductible expenses when completing a personal tax return.

Unfortunately, some governments appear to be committed to destroying tax competition, despite the fact that this is not to their advantage. Indeed, this is a disturbing trend that is becoming particularly apparent in the EU, where the power of key member states threatens to undermine our civil liberties.

Of course, staying on the right side of the law is essential, which is why choosing the right tax advisor or legal representative is so important. Providing valuable advice to its clients for more than 20 years and possessing an acute understanding of the internationalisation of customers’ activities (both private and professional), Afschrift Law Firm fits the bill perfectly.

Spirit of competition
At present, EU member states are in constant need of capital and, as a result, they try to collect the maximum amount of tax revenue. One of the methods that EU member states are using, under the pressure of more powerful members such as Germany and France, is to limit tax competition. As a result, measures are being collectively implemented in order to restrict tax optimisation.

This said, tax competition will never really disappear, and has even started to develop on regional or federal levels in countries such as Spain or Belgium. Even if governments attempt to prevent tax optimisation, opportunities will always exist. With states continually introducing new tax niches, which can create ways for companies to reduce their tax burden, it could be argued that tax optimisation is even encouraged by the state itself, albeit within a specific context. In any case, the more they are subject to heavy taxation, the more companies and individuals will resort to tax optimisation. The role of tax lawyers is to help them achieve their optimisation targets – all, of course, within the limits of the law.

Given that tax is defined as a compulsory contribution without consideration, it is understandable that taxpayers try to reduce this financial burden. Government efforts to prevent tax optimisation only result in the creation of new rules and, in turn, greater complexity. In order to deal with the application of these rules, companies and individuals are in even greater need of tax lawyers so as to avoid suffering the consequences of the state’s tax policy. This is especially true as tax competition will never really disappear, and has even started to develop on regional and federal levels.

Legislative shackles
In recent times, directives have been implemented to limit certain types of tax optimisation, such as the deduction of interest or royalties in relation to intellectual property rights. The implementation of these directives is the result of the joint and concerted action of several large EU members in order to make it less advantageous for companies to establish themselves in smaller EU countries, many of which use tax incentive policies to attract foreign investment. Indeed, it has become characteristic of the European Commission to use this tactic against its smaller members, including Luxembourg, the Netherlands, Belgium, Ireland and third countries like Switzerland.

Because of the size of these countries, they need to attract foreign companies by adopting tax-friendly policies. Without these advantageous tax policies, large companies would always base their operations in bigger countries. Having said that, it is important for national tax incentive schemes to be chosen very carefully so they are not classified as selective state aids, which are strictly prohibited in the EU.

For clients, trusting their tax specialist is hugely important. A client cannot entrust their lawyer with the intricate details of their finances if they are not certain that these details will remain confidential. This trust is the only way to make sure that clients disclose all relevant information, which is vital if lawyers are to provide their clients with judicious advice while always remaining respectful of the law. Essentially, the absolute protection of the client-attorney privilege should be upheld at all times.

Ensuring optimisation
If one wishes to avoid the creation of a virtual cartel of EU states, fiscal competition between countries – and even between territorial subdivisions and federal regions – is necessary. Such a cartel would always act against the interests of the taxpayer, as its actions will likely result in an increase in taxation. While the role of individual states has swollen in recent years, their efficiency has unfortunately not grown in correlation. Without fiscal competition, nothing would compel states to reduce tax, nor prevent them from making increases.

As history shows, politicians will always be tempted to increase their power and present their roles as essential. Meanwhile, voters prefer to see personal gain, rather than see taxes reduced for everybody. As a result, it is always more advantageous for politicians to propose plans that benefit their supporters as individuals, rather than reduce taxation in a uniform manner. Fiscal competition is therefore necessary in order to restrain the current trend that is seeing our societies become more and more controlled by the state. By their nature, taxes are set up by those in power; without competition, this power may become arbitrary. As such, in the event that tax pressure becomes too much, all citizens must have the right to vote with their feet by establishing elsewhere.

Nevertheless, fiscal competition does not seem to entirely disappear, even when faced with the pressure from the EU and the Organisation for Economic Cooperation and Development, which generally act in the interests of the most powerful states. Furthermore, even if unification could be achieved, this would not prevent the development of fiscal competition based on tax rates, the harmonisation of which is not being discussed at present.

It is also worth keeping in mind that tax optimisation is not solely the preserve of large multinational companies: individuals and small companies can stand to benefit as well. First, there are certain procedures implemented by the tax administration that are provided by law or by administrative practice. Moreover, the utilisation of the advance tax ruling procedure, through which a taxpayer may receive prior approval from the tax administration on any given future operation, is not reserved for big companies – smaller companies and individuals may also benefit from it.

Finally, tax optimisation does not always require an individual or organisation to have a great deal of influence or capital at their disposal. Lawyers and other advisors are perfectly positioned to recommend tax optimisation methods to smaller companies, which are developed specifically for them and adapted to their needs, by taking into consideration their distinct legal or accounting situation. It is in such a role that Afschrift Law Firm offers its services, providing a bespoke experience, no matter the size of a company, nor the status of the individual.