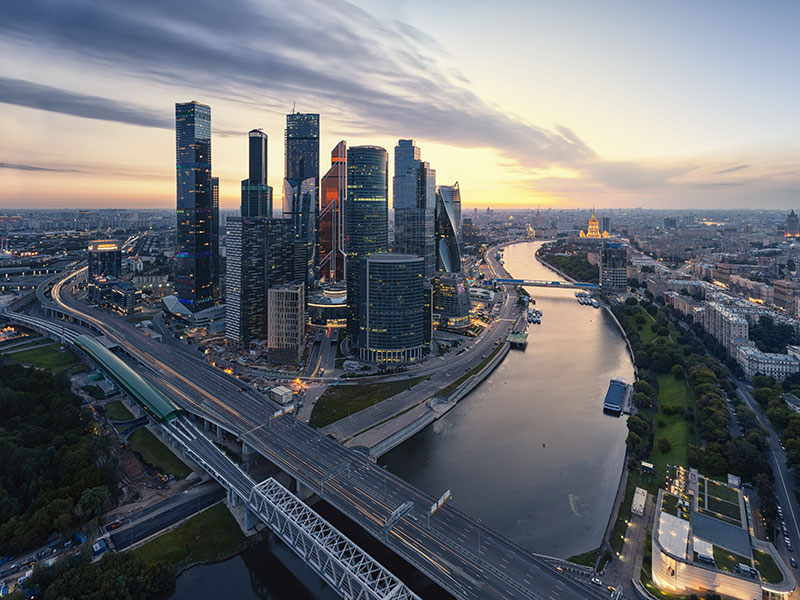 Russia is one of the most advanced markets in the world when it comes to banking technology, being home to a number of powerful actors that have set the pace for digitalisation. Organisations such as Sberbank and Tinkoff Bank have invested time and money to support their digital transformation efforts, forcing other players to respond and adapt in real time.

One institution that is following in the footsteps of these industry pioneers is Sovcombank. Having grown rapidly since its formation in 1990, the bank now has a presence in 1,027 towns across Russia and serves 5.4 million retail clients. What’s more, competition within the industry has helped the bank improve its services and become more efficient: for instance, robots now handle between 30 and 50 percent of all interactions with Sovcombank customers. Similarly, the bank’s collection business uses automation to handle over 50 percent of customer conversations and contacts. Clearly, digitalisation is moving rapidly in Russia, and is already having a positive effect on banks’ reliability, finances and customer retention.

With advances in robotics, people will increasingly lack personal communication – this is where Sovcombank’s branch network will make it more competitive

This helping hand is proving particularly useful at a time when the Central Bank of the Russian Federation (CBR) is looking to cut interest rates amid inflationary concerns and the spectre of slowing growth. With this uncertainty undermining the financial market, World Finance spoke to Dmitry Gusev, CEO and co-owner of Sovcombank, to learn how the organisation is embracing digital transformation while meeting shifting customer demands and protecting investor profits.

The CBR has been on a quest to rid the system of undercapitalised banks. How has this changed the banking landscape?
Due to the gradual withdrawal of private banks with negative capital from the market, the share of state-owned banks in terms of total capital and assets within the banking system has inevitably increased. As a result, the role of state-owned banks is much greater now than it was five years ago. This may not be ideal, but it won’t have much of an adverse effect on the system either. Obviously, the regulator did not want to increase the share of state-owned banks, but it had no choice given how many banks had negative equity and hidden problems. It was simply the lesser of two evils.

The entire process has increased customer confidence in privately owned banks simply because many of the peers that had insufficient or negative capital have disappeared from the market. In other words, this heightened confidence renders these developments beneficial to both the private sector and the industry at large.

What’s really important, though, is that the CBR has helped eliminate unfair competition. From the very start, banks with insufficient capital didn’t care about turning a profit. As a result, instead of developing an efficient and transparent business, their dubious practices stemmed from the fact that they were either actively inflating the cost of their liabilities or committing their assets on unfavourable terms, which created problems and skewed the competition. This is no longer the case, which is good news for the whole market. What effect will the CBR’s campaign to reduce the key rate have on Russian banks and the industry overall?
Thanks to Russia’s comparatively high interest rate, which is much higher than its rate of inflation (see Fig 1), banks still have vast opportunities to make a profit and achieve a strong return on equity (ROE). At Sovcombank, we rely on a number of key solutions to protect our ROE amid the current market trend for lower interest rates. Our operations are broadly diversified, with each segment having almost the same share as any other. Further, a very significant part of our income comes from fees and commissions, which are not – or, at least, not always – affected by interest rates.

Our retail business also represents a sizeable share of our portfolio and is less vulnerable to interest rate changes. For example, our flagship retail product, Halva, is an instalment card that allows us to charge retailers for purchases made by our customers. Since it’s the merchant who pays the commission and not the cardholder, any fall in the interest rate actually results in increased profits thanks to a lower cost of liabilities against the same income. Put simply, we earn as much as before while paying less interest on our liabilities.

Do you think the regulator will continue to pursue lower interest rates in the foreseeable future?
Generally, the market has been expecting further gradual cuts in the medium term. At Sovcombank, we are basically in agreement with this suggestion, but a reversal is inevitable – the interest rate will start to move upwards at some point. The principal question is when.

For now, everyone is planning for a downward mid-term trend. As I said previously, the opportunities to make a profit remain strong, as the rate has been following and staying above inflation.

How are you adapting to the changing landscape and assuring shareholders that they will have a stable income?
First of all, we’ve disrupted the Russian market with Halva, a product that has given us an enormous competitive advantage. The result is that we now have more than 160,000 stores participating in the programme – this means that every fifth store in Russia pays us commission on every purchase made by Halva cardholders. This competitive advantage is impossible or very difficult to replicate.

Further, Halva is a great instrument for developing our entire retail portfolio – over the past two years, it has attracted several million customers. Although it’s not the most profitable consumer finance product on the market, Halva is a magnet for customers. By linking them with our bank, it allows us to offer a broader range of products.

As we’ve seen lately, people are tired of conventional credit cards; they simply don’t want to pay any interest whatsoever. Our idea is that while an instalment card is a niche product, accounting for somewhat less than one percent of the banking market, we expect this share to grow exponentially. As the biggest player in this segment, our goal is to continue leading the market amid skyrocketing growth.

What’s the reasoning behind your decision to go digital while maintaining a broad network of offices?
As we continue to emphasise, we are trendsetters when it comes to closing brick-and-mortar offices, helping to bring an end to the traditional full-scale branch model. At the same time, we have retained our offices, but these are lean and mean.

So long as people (our customers in particular) continue to go out for a walk, do some shopping or have a meal, we need to be around. Although a growing number of customers carry out their banking through apps, they occasionally need advice from our experts. Our staff members help educate and train customers on specific products and their advantages.

Additionally, while some customers do not visit our offices regularly, they need to know that they can do so should a problem arise. Having this option is important to them, and we expect this tendency to persist moving forward. With advances in robotics and wireless communications, people will increasingly lack personal communication – this is where our branch network will make us more competitive. On top of that, our offices ensure the continuous nationwide promotion of our brand.

How does Sovcombank plan to compete with banks that have an entirely digital service model?
We do not think banks that claim to be fully digital have any kind of advantage over us. Despite their digital-only model, they are still forced, like us, to employ a certain number of people, even if they are external agents. If we compare these and traditional retail banks in terms of the number of people or agents in relation to the corresponding assets, we don’t see any difference. Being digital doesn’t mean a bank like Tinkoff has no staff or doesn’t employ the same number of people to support its sales and collection network. In this respect, they are pretty much in the same position as the traditional players.

What’s more, digital-only banks tend to spend a lot more money on advertising. Unlike a branchless bank, we are well positioned to leverage our efficient branch network to promote our brand. In terms of profitability, we have had a similar ROE to Tinkoff in the past few years, so we don’t expect digital business models to be more profitable moving forward. We shifted most of our operations to less risky segments, such as secured retail lending and corporate banking. In this context, if we compare our risk-return ratio with digital-only banks, we can say that our shareholders have much more to gain.