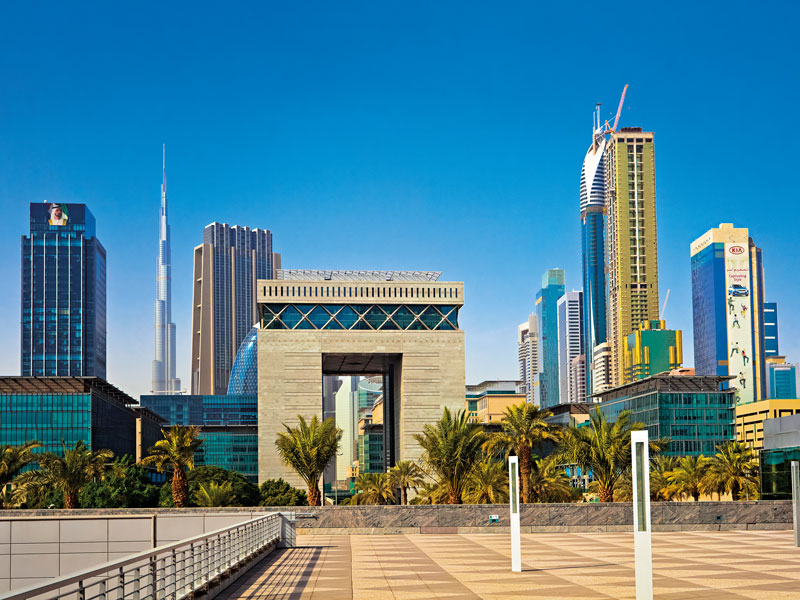 The Dubai International Financial Centre (DIFC) was established in 2004 as a special economic zone to provide companies with world-class infrastructure. Its opening brought about a paradigm shift for the region, with the adoption of a common law framework, an independent regulator in the form of the Dubai Financial Services Authority and the introduction of an independent judicial system.

Today, the DIFC is ranked among the top 10 global financial centres for its effective business environment, human capital, infrastructure, financial sector development and excellent reputation. Starting with only a handful of companies, the DIFC is now home to more than 2,000 firms from around the globe, at least 600 of which are finance related. It has provided an encouraging platform for many companies to gain a foothold in the market and expand their operations across the region.

The GCC region has seen a good number of deals made over the past couple of years, with more than half struck with countries outside the GCC

The DIFC has played a pivotal role in not only connecting the local region with international markets, but also in establishing Dubai’s – as well as the broader Gulf Cooperation Council (GCC) region’s – place on the world stage. It has enabled overseas entities to establish their management offices, holding companies and family offices closer to assets they own or manage. In 2017, the DIFC launched the FinTech Hive, a first-of-its-kind accelerator in the area, which brought cutting-edge financial services technology to the region. In addition, the success and impact of the DIFC led to the establishment of the Qatar Financial Centre in 2005 and the Abu Dhabi Global Market in 2013, both of which have frameworks similar to the DIFC.

Alpen Capital was one of the first companies established in the newly revitalised DIFC. Over the years, the firm has seen the centre evolve into a vibrant financial hub for the region. World Finance spoke with Rohit Walia, Executive Chairman at Alpen Capital, about the comprehensive range of financial advisory services offered at his company and why the GCC region continues to attract investors from all over the world.

In your opinion, what are the most notable opportunities available in the GCC region today?
The GCC is currently undergoing significant reforms – regional governments are investing in local infrastructure development, tourist attractions and retail establishments. Recently, the UAE introduced changes to ownership laws, which we expect will improve the security of existing businesses and encourage renewed interest from investors. The Saudi Arabian Government has also announced bold infrastructure plans as part of its Vision 2030 programme. Its decision to allow 100 percent foreign ownership for retail and wholesale businesses, alongside the issuance of new tourist e-visas, is expected to improve the country’s economic prospects. The other GCC nations are also implementing similar reforms to create a more lucrative investment climate.

The region has seen a good number of deals made over the past couple of years, with more than half struck with countries outside the GCC. We have successfully closed deals across the food, electronics and manufacturing sectors, the most notable being the sale of a majority stake in the Al Kabeer Group – a frozen-food player in the UAE – to the Savola Group in Saudi Arabia. The region has also witnessed a number of cross-border mergers and acquisitions, with our regional companies acquiring stakes in numerous foreign businesses. Foreign companies have also made strategic investments in regional entities to strengthen their foothold in the region. We have witnessed a significant focus on e-commerce and online retailing, such as through Amazon’s acquisition of Souq.com, the largest e-commerce platform in the UAE, and Uber’s purchase of Careem, the foremost transportation network company in the UAE. At Alpen Capital, we are currently working in a broad range of sectors in the region such as food distribution, IT, education, healthcare and manufacturing.

What about opportunities in Africa, Asia and the Levant?
We began exploring the Asian markets about four years ago and have since successfully concluded several transactions in the broader South Asian region. We have raised over $700m for Sri Lankan financial institutions since we entered the market, while also raising capital for clients in Cambodia and Pakistan. In Bangladesh, we are currently raising funds for banks and reputable business groups that have attracted interest from top development finance institutions (DFIs) globally.

Following our success in Asia, we have ventured into the Levant and Africa over the past two years, with both regions providing ample investment opportunities. For example, in Lebanon we raised over $250m for financial institutions and were pleasantly surprised with the opportunities found in Iraq – a market we entered last year. In Africa, we have closed multiple deals over the past year and are currently working on raising capital for local banks and financial institutions. We are also engaged with corporations (both local and international) for capital raising and mergers and acquisitions.

Our work with the Tata Group in support of a complex off-balance-sheet financing transaction for one of its operations in Africa helped demonstrate our core strengths, particularly with regards to raising capital. Owing to the current underdeveloped state of the market, there is substantial interest from international investors, and plenty of opportunity to satisfy their appetite. We believe that venturing into these markets has yielded great results, and we expect to further cement our presence here over the coming years.

Can you tell us about your work with DFIs?
DFIs are typically backed by developed countries, and are often established and owned by governments to provide funds for projects that encompass socially responsible investing. DFIs can include multilateral development institutions or bilateral development institutions. These play a crucial role in providing credit in the form of higher-risk loans, equity status and risk guarantee instruments for private sector investments in developing countries.

Over the past couple of years, we have advised several financial institutions in emerging markets on debt and equity solutions delivered through DFIs. We have concluded multiple transactions with institutions including the Asian Development Bank, the European Investment Bank and Proparco, which has allowed us to enter markets in India, Sri Lanka, Lebanon and elsewhere. One of the transactions in Sri Lanka was funded by three DFIs: the Germany Investment Corporation, the Development Bank of Austria (OeEB) and the OPEC Fund for International Development (OFID). Our client at the time used the funding to support the growth of small and medium-sized enterprises (SMEs).

In your opinion, why is impact investment becoming increasingly popular globally?
Impact investing refers to investments made into companies, organisations and financial institutions with the intention of generating a beneficial social or environmental impact, in addition to financial returns. This source of financing is primarily gaining popularity because it facilitates capital to address the world’s most pressing challenges, such as sustainable agriculture, renewable energy sources, conservation, microfinance and affordable services. Given its progressive goals, this source of funding has attracted a wide variety of investors, both individual and institutional. Historically, we have seen that DFIs can provide capital for emerging economies – however, lately there has been an increasing interest from pension funds, prominent family offices and private foundations.

By establishing financial centres among the top-ranked in the world, the GCC has established a solid ecosystem worthy of global recognition

Can you tell us about some of your most popular social impact transactions? What kind of response have they had?
Most of our transactions have involved the funding of banks or financial intermediaries in emerging markets that subsequently lend to SMEs and microfinance institutions. This supports financial inclusion by making financial products and services accessible and affordable to all individuals and businesses. The benefits here are twofold – underserved individuals, entrepreneurs and SME owners all benefit from being incorporated into the formal economy. Reciprocally, banks and governments benefit from incorporating the underserved into the formal economy, as it provides more customers to loan to and a more regulated economy.

For example, Alpen Capital advised Cambodia’s PRASAC Microfinance Institution in raising a term facility from the Asian Development Bank. The funding has been utilised by PRASAC to expand its lending to SMEs and to develop enterprises in rural areas. In another transaction, we assisted Lebanon and Gulf Bank to raise a syndicated senior term facility from the Netherlands Development Finance Company, the OFID and the OeEB. This led to the creation of jobs in one of the most underserved SME markets in the world.

We are currently working on a transaction to fund a non-banking financial company to lend to female entrepreneurs so they can grow their own businesses. We are additionally looking at raising funds for a solar power plant in South Asia via impact investing funds.

In light of the products and services you provide, what do you think the region’s investment landscape will look like in the future?
The GCC region has been very dynamic and shown sustained growth over the past 15 to 20 years. It has also experienced its share of highs and lows, given the recent economic slowdown, fall in oil prices and geopolitical conditions. However, to mark its presence on the international business stage, the region has undergone massive infrastructural and financial development.

By establishing financial centres among the top-ranked in the world, the region has established a solid ecosystem worthy of global recognition. In order to maintain the flow of capital, governments are implementing regulatory and economic reforms, which I believe will bring an upswing in demand and activity.

Despite existing challenges, we are currently working on multiple merger and acquisition deals within the region, with expected deal closures in the near future. In order to survive the recent economic slowdown and maintain operational efficiencies, there have been consolidations in the market, and I expect this to continue. I also expect to see a revival of private capital funding as economic activity rises.

Going forward, we are anticipating a lot of traction in the broader region from markets in need of infrastructural and socioeconomic development. Alpen Capital will be on hand to support these coming developments.