Identity economics: how financial decisions are driven by our sense of self 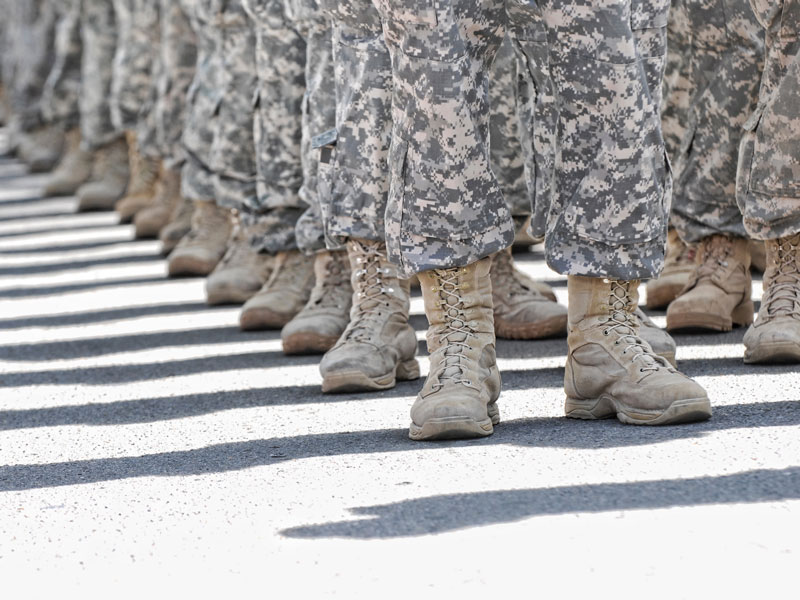 Almost 20 years ago, George A Akerlof, winner of the 2001 Nobel Memorial Prize in Economic Sciences, and Rachel E Kranton, Professor of Economics at Duke University, published a paper in the Quarterly Journal of Economics titled ‘Economics and Identity’. The paper outlined an exciting new concept for economic analysis. The theory – one that had too long been missing from the field – explains that people make economic choices based not just on financial incentives, but also on their identity. In doing so, they avoid actions that would conflict with their own concept of self.

People make economic choices based not just on financial incentives, but also on their identity

Identity economics put forward a school of thought wildly different to what was believed at the time. Kranton told World Finance that she believes her academic background in Middle Eastern studies and her husband’s work on political identity in Egypt were significant influences. She noticed a marked difference between how her husband’s field and her own dealt with identity: “The way we define who we are, the way we define who others are, the way that impacts how we make decisions, was not present [in economics].”

This absence resurfaced when Kranton’s former PhD advisor, Akerlof, published a paper that attempted to deal with the issues arising when people from different social groups interact. “He didn’t have this as a central notion of identity,” Kranton told World Finance. “So I then wrote to him and said, ‘Well I really think this is what is needed in such a study’, and that’s how the collaboration started.”

Kranton described what followed as a “very long and torturous process”, due to the complexity of studying identity across so many fields – from history and anthropology to philosophy and the social sciences. “The big difficulty was how to translate this very, very rich intellectual tradition in so many places into something that would work in an economics context and economics model.”

Explaining this complex notion in a simple – but not simplistic – way was a vital part of applying it to economic analysis. “A historian would say we’re too simplistic, for example, but [it needed to be] sufficiently rich so that we did not throw away the richness of the concept, but it was sufficiently tractable so that economists may be able to work with it and understand it,” said Kranton.

Making decisions
To apply the theory to economics, the pair had to create a new utility function – a central concept in economics that measures an individual’s preferences over goods and services. “That’s the workhorse of economics and so we thought we would use that and modify it or add ingredients, and explain these ingredients in a sufficiently precise way so that it could be operationalised,” Kranton explained.

Often in economics, the example of apples and oranges is used to explain utility function. In other words, one’s preference of apples over oranges will be considered, along with price, when making a purchase. For identity economics, the example of meat and vegetables is of greater use, because this choice may not necessarily be confined to one of taste. One’s identity also plays an important role. Namely, if someone is vegetarian, or has an ethnic or religious background associated with vegetarianism, this choice is linked to who they are and how they understand their place in the world.

“You’re moving from preferences, which is ‘I like this’ versus ‘I like that’… to actions that have a social and cultural meaning to them,” Kranton told World Finance. This model works with all kinds of choices we make. In a division of labour context, for example, it’s ‘I wanted to stay home and look after my children’ versus ‘I want to rejoin the workforce after maternity leave’. Essentially, how someone is raised influences what they believe is appropriate or inappropriate. “If I’ve grown up in a particular context then I will think it’s more or less appropriate for a woman to be taking on a leadership role in an organisation,” said Kranton.

This move from preference to what one should do or how they should act is a key tenet of identity economics. “That’s the big leap – your preferences become socially driven,” said Kranton. “So we have arguments over whether it’s appropriate for women to do X, Y and Z. We argue whether it’s appropriate to raise animals for food, and not just on economics grounds, on other grounds – religious grounds, ethical grounds [and] so forth.” As these preferences are socially driven, they can change over time – another departure from the classic utility function in economics.

Gender politics is a great example of the theory in action, particularly regarding how norms have changed over the years. What’s appropriate for a woman today, for example, is very different from what was appropriate just two generations ago. “It’s not that the brains and the bodies of women have changed,” said Kranton. “It’s how we understand gender [that has changed].”

According to the theory, deciding to work hard in school or picking a profession isn’t just about personal taste. Such decisions are invariably linked to how one sees oneself. Kranton told World Finance: “To say ‘how does identity affect decision-making?’, it’s just an ingredient that more or less consciously people have in their minds when they decide whether to buy a product, to pursue a career or to start a family.”

Kranton provides the example of men who work as nurses. Despite requiring stereotypically masculine traits such as physical strength, nursing is broadly viewed as a feminine profession entailing so-called feminine traits, such as being caring and nurturing. Though the demand for skilled jobs in the US persists, the nursing profession remains understaffed due to a common unwillingness of men to enter the field. “Sometimes it’s not necessarily conscious and reasoned in that sense, but there are a lot of men who would feel that [being a nurse] is not something [they] would do.” The problem is, of course, related to how society views masculinity. But, as identity economics teaches us, concepts of masculinity change over time, making it likely that more men will be drawn to the field in the future.

Micro and macro applications
Understanding identity economics can be tremendously beneficial on the micro and macroeconomic level. For instance, assessing how employees identify themselves within a company and how strong corporate culture is can make a marked difference in terms of performance and loyalty. “You want somebody to feel invested in their company, you want people to feel part of it, you want them to see their success as the company’s success,” Kranton explained. The aim, therefore, is to ensure people feel like they play an important role in an organisation, that it is a place they feel proud to work at, and that objectives align throughout. This, again, is a notable difference from traditional economics, in which work incentives fail to acknowledge the vital role that company culture plays. Kranton said: “A lot of management folks will know this and, in fact, we read a lot of management literature, but the economic modelling just didn’t have this as an important variable.”

Akerlof and Kranton use the military to explain how motivational a strong sense of identity can be, even with the flat wage structure and relatively low pay of army roles. The extraordinarily strong sense of identity, work ethic and loyalty found throughout the armed forces cannot be explained by standard economic analysis. The military, as such, provides a number of important lessons. Kranton added: “In the military, you want people to have a very intense loyalty to your squadron, but this fighting unit also has to work in the service of the larger objective.”

The theory also applies to education. When students strongly identify with their school, they are more likely to work hard and continue their education at that institution. Teachers too are more inclined to help their students reach their full potential if they feel an alignment with their school. Education policy should, therefore, help schools establish an identity, a strategy that will see teachers and students working towards a common purpose, and will ultimately produce better results. On a bigger scale, Kranton noted: “[The] economy is going to be better off because then you’re going to be taking advantage of your human capital.”

Sense of self
According to the theory, our choice of identity may well be the biggest influence on the economic decisions we make. “Everything follows from it,” Kranton explained, referring to her career as an example. “I conceive of myself as an economist. A lot of my life choices follow from that. I could have conceived of myself as a different type of economist. I could have worked in a bank or on Wall Street, but I was more of a publicly minded person. That choice of who I am shapes the rest of my decisions.”

For most people, sadly, boundaries related to their identity impact their economic wellbeing. Kranton explained that all people exist within a social structure; childhood, ethnicity, race and class all feed into this construct. “You grow up in a place with a particular set of parents, a particular set of neighbours, a particular religious environment and socioeconomic strata, and in some sense that is very determinant, not of the opportunities you have, but how you think of yourself.” The social hurdles we encounter throughout life also shape how we think of ourselves and, as a result, the decisions we make.

How someone conceives of themself impacts how they perform at school, the career they pursue, where they live and what they buy. It all starts with identity. Knowing this can bring a greater understanding of what can be done to make improvements to a company, school and even the wider economy. Identity economics doesn’t just help us better comprehend our own economic decisions – it provides a foundation from which we can make the world a better place for one and for all.