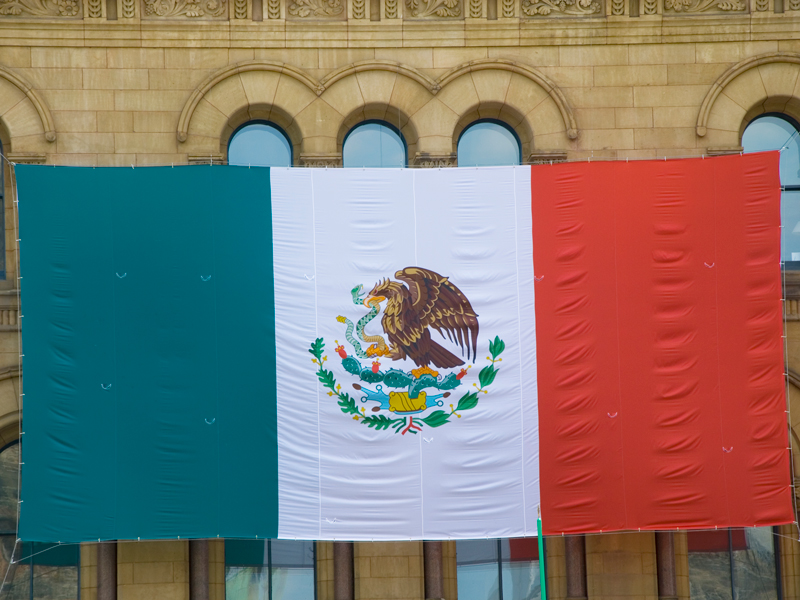 Mexico’s new administration promised to transform the country for the better. Since Andrés Manuel López Obrador (AMLO) took office in December 2018, though, he has made several decisions that have caused turbulence within the economy.

While AMLO ensured Mexico was the first country to sign the United States-Mexico-Canada Agreement, he also abruptly cancelled the construction of a new airport in Mexico City. Moreover, the unpredictability of his policies has seen credit rating agencies issue warnings to the country – under AMLO’s presidency, both sovereign bonds and the debt held by state-owned oil and electric companies have experienced downgrades. The finance minister’s sudden resignation in July also pointed towards internal disagreements within the government and sent the Mexican peso tumbling.

Clearly, if any investor had foreseen these events at the beginning of 2019, they would have immediately sold their Mexican assets in anticipation of continued uncertainty in the country’s macroeconomic environment. However, this has not transpired. In fact, almost all major financial assets in Mexico have generated competitive returns when compared with other emerging markets. At SURA Investment Management, we think we can explain this oddity.

Bucking the trend
SURA is dedicated to the administration of assets and investments for global institutional customers. Our knowledge and extended presence in six Latin American countries makes us an optimal investment vehicle, connecting the region with global markets. Overall, we manage more than 400 portfolios invested across fixed-income, equity, multi-asset and alternative assets. Among our most relevant products are mutual funds, pension funds and corporate mandates. What’s more, our parent firm, SURA Asset Management, is the region’s number one pension provider in terms of assets under management.

We believe the answer to Mexico’s high returns lies in global growth and the monetary policies of the world’s central banks. There is currently a relative attractiveness to the Mexican market, with investors starting to anticipate that a period of positive economic growth in developed markets may be coming to an end. Central banks around the world have raised concerns about low economic growth and have changed their monetary policy stance accordingly by slashing interest rates. This trend has boosted liquidity and triggered a search for yields around financial markets, with investors turning to countries that boast stable macroeconomic conditions and allocating assets to those with positive real rates and undervalued equity markets.

One such market is Mexico, which offers potentially high returns in its local fixed-income and equity markets. According to SURA data, the country ranks among the top five emerging markets when it comes to risk-adjusted real interest rates, so it is unsurprising that the Mexican stock market appears more attractive to investors in real terms than other major equity markets. Remain vigilant
At SURA, we expect the Mexican economy to continue along a moderate growth path, but this is by no means guaranteed. A global economic slowdown, combined with unwise political decisions, could hinder the deployment of much-needed economic resources, negatively affecting consumer demand and jeopardising investor confidence.

Although there is yet to be any clear evidence to suggest that the current macroeconomic environment is unfavourable, Mexico must be careful to keep the economy stable and its conditions attractive to foreign investors. In order to do this, financial discipline is of paramount importance. The government must strive to achieve a primary surplus and keep debt under control. It must also try to stabilise the financial situation of Pemex, the nation’s heavily indebted oil company.

If the Mexican Government is able to maintain macroeconomic stability (even when pursuing unorthodox policies) then Mexico’s financial assets should continue to outperform those of its peers, particularly as some fundamental risks are still present within the Mexican fixed-income and equity markets. Assuming this is the case, the potential yield compression in local-currency Mexican bonds will remain attractive, while returns in the equity market should improve.

Finally, due to a combination of global liquidity (a result of dovish central banks) and the relative attractiveness of the Mexican market, positive trade is likely to continue until there is strong evidence to suggest the macroeconomic environment is deteriorating. The lack of any fundamental threat will boost Mexican financial assets, normalising the extra risk premium that prevails in several financial instruments. This should enable the country to rapidly catch up with the strong performance of its fellow emerging markets.