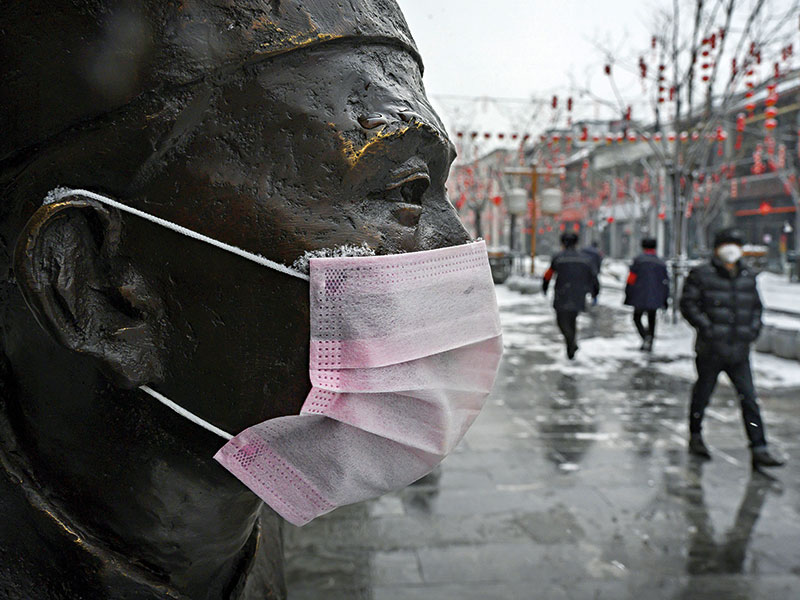 Apart from its turbulence, 2019 stood out for being the year in which every asset class made gains – thanks, in large, to a fresh injection of stimulus from central banks. Among the major currency pairs, the pound sterling was a surprise winner, while the US dollar remained virtually unchanged and the euro underperformed. Looking ahead to the rest of 2020, many risks still hang over the global economy: Europe and Japan are hardly growing; Americans will vote for a new president in November; the threat of COVID-19 has put governments on red alert; Brexit remains unresolved; and trade wars rumble on. Even the yen, the traditional safe-haven currency, has started to wobble in the face of uncertainty, with only the US dollar still standing tall.

Any appraisal of forex markets should probably begin with the world’s reserve currency, which ended the decade on a high note. While the US dollar did lose ground to the likes of the pound sterling and the Canadian dollar in 2019, it gained strength against many other peers – particularly the euro, which lost 2.3 percent, according to Refinitiv Datastream. This occurred despite the US Federal Reserve’s decision to cut interest rates three times. As such, the US remained an attractive destination for capital flows, offering higher yields than its G10 peers.

With 2020 well underway, the US dollar has only seen its appeal increase – surprising many of the strategists who had predicted the greenback would lose some of its shine among safe-haven investors once the mood on trade improved and global growth picked up. But is the endurance of the dollar’s strength such a surprise given the alternatives for investors? The fact is that it would be difficult to replicate the dollar’s unique status of being a high-yielding safe-haven currency in the current environment.

European monetary policy is near its limits after years of large asset purchases, meaning additional stimulus may not necessarily succeed in boosting the economy

Despite its troubles, Donald Trump’s America is still outperforming Europe and Japan by a mile and, unless something changes to erode the dollar’s yield advantage (such as the Fed cutting rates more aggressively or sustained recovery elsewhere), it’s difficult to foresee any real downside to investing in the greenback.

Fighting it out
The eurozone, meanwhile, had a pretty dreadful 2019; growth slowed as the uncertainties and trade risks associated with Brexit took a heavy toll on the bloc’s export-dependent manufacturers (see Fig 1). The situation was so dire that the European Central Bank (ECB) was forced to restart its quantitative easing (QE) programme just nine months after terminating it.

Although there are some tentative signs that growth has begun to bottom out, a meaningful rebound remains elusive. What’s more, European monetary policy is near its limits after years of large asset purchases, meaning additional stimulus may not necessarily succeed in boosting the economy. What the eurozone needs is a large fiscal stimulus, but with Germany showing little flexibility on its fiscal prudence, all hopes rest on newly appointed ECB President Christine Lagarde to make the case for a relaxation of the eurozone’s fiscal rulebook.

The biggest potential worry for the euro, though, is the White House taking its trade fight to Europe now that it has negotiated deals with its North American neighbours and China. Although the US and the EU have held several discussions since 2018, formal trade negotiations are only expected to begin this year. With France’s digital tax largely targeting US tech giants and a long-running dispute regarding Airbus subsidies casting a shadow over talks, there’s plenty that could go wrong and risk incurring the wrath of Trump, which would most likely result in devastating auto tariffs.

Meanwhile, the threat of a disorderly Brexit has not completely dissipated and is certain to make a return at some point during the year. The euro, therefore, is likely to be stuck in the doldrums in 2020 and continue to serve as a funding currency. If economic weakness persists in the absence of a sizeable fiscal package, the ECB could even ramp up its QE dosage, risking fresh divisions within the central bank. No end in sight
The world watched on in 2019 as the Brexit stalemate sparked never-before-seen political chaos in Westminster. Having finally left the EU on January 31, negotiations on a future trade arrangement are underway, with the two sides not wasting any time in setting out their red lines, unnerving investors in the process. UK Prime Minister Boris Johnson has remained adamant that the transition period will not be extended, setting an extremely difficult – if not unrealistic – deadline to reach a comprehensive deal. One thing is for certain: markets will not appreciate the prolonged uncertainty, which is being exacerbated by COVID-19. The pound could be facing another roller coaster year, especially once the Brexit headlines start flooding in again.

Johnson’s hardline rhetoric is also unlikely to go down too well at the Bank of England, which faces another year of Brexit-induced impotence. Expectations of a rate cut initially faded after the UK economy rebounded at the beginning of the year, but business conditions could easily deteriorate if a hard Brexit becomes the most likely outcome or if further cuts are required as a result of the spread of COVID-19.

An appetite for risk
As trade tensions heightened in 2019, investors flocked to the safety of the Japanese yen. This year is looking far from predictable for the safe-haven currency, though, with the yen coming under unexpected pressure amid growing concerns about the Japanese economy.

Japan’s GDP contracted sharply in Q4 2019, as an increase in the sales tax and a slump in exports resulting from the US-China trade war hurt growth. Normally, the yen only tends to fall when traders are certain the Bank of Japan (BoJ) will respond to weakness with policy action. But given the BoJ’s exhausted policy toolbox and the uncertainty regarding COVID-19, the yen suffered a selling episode in February, demonstrating it is not immune to global risks and casting doubt on its safe-haven status. That said, the yen could easily come back in demand if the risks of a pandemic subside and new threats emerge. For example, the success of the ‘phase one’ trade agreement between China and the US depends entirely on the full commitment of both parties – without such commitment, the deal collapses.

Even if the trade truce holds, a new tariff war could erupt in Europe, while the unpredictability of Brexit negotiations and the upcoming US presidential election bring further risks. Although the 2020 presidential race has yet to make its mark on asset prices, investors could shun risky assets like stocks in favour of safe-haven alternatives if a progressive Democratic candidate secures the nomination.

Searching for stability
Chinese GDP growth has been steadily slowing since 2011, and – with US tariffs and the associated uncertainty damaging China’s industrial heartlands – 2019 was no exception. The slowdown would have undoubtedly been more pronounced had Beijing not intervened with monetary and fiscal support.

Just as trade tensions with the US finally started to abate, China was dealt a further blow with the outbreak of COVID-19. By the end of February, the pandemic had shut down large portions of the manufacturing sector and seen strict travel restrictions put in place. Such disruptions could shave as much as 2.8 percent off the country’s first-quarter growth, according to ANZ’s chief economist for Greater China, Raymond Yeung. This would have serious ramifications for global growth, too.

Assuming the pandemic is contained soon, the extent of monetary and fiscal stimulus issued by Chinese authorities will be important in determining the speed of recovery. The US may also give China some breathing room, allowing it to get back on its feet before returning to trade discussions – unless, of course, Trump decides to use China to score political points.